Take a fresh look at your lifestyle.

In order to commemorate Pakhala Dibasa, Sudarsan Pattnaik created a stunning art work on Puri beach. He shared a video on Twitter that has gone viral.

Sand artist Sudarsan Pattnaik celebrated Pakhala Dibasa on March 20 and created a stunning artwork on Puri beach. In a post on Twitter, Sudarsan Pattnaik shared a video of his artwork, much to the delight of his fans and followers.

Pakhaa is an Odia term and it refers to a dish consisting of cooked rice, washed or lightly fermented in water. The liquid part is known as torai.

This dish is prepared with rice, curd, cucumber, cumin seeds, fried onions and mint leaves. It is served with dry roasted vegetables such as potatoes, brinjals or fried fish.

Sudarsan Pattnaik’s sand artwork featured a huge plate with small bowls filled with pakhala and fried vegetables. It is nothing short of meticulous.

“Greetings on #PakhalaDibasa. My sand art on Puri beach to celebrate Odisha’s most favourite wholesome meal,” Sudarsan Pattnaik said in the caption of his post.

The internet is absolutely delighted to see Sudarsan Pattnaik’s artwork and applauded him in the comments section of the post.

On the occasion of #PakhalaDibasa. A unique celebrations for the Summer delicacy of Odisha. My SandArt at Puri beach . 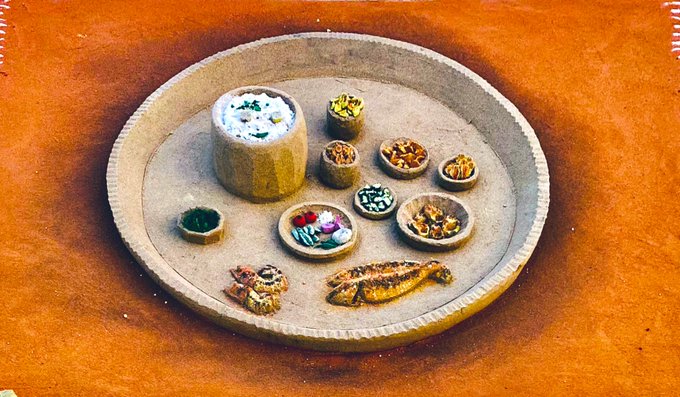 Pakhala is generally consumed during summers for lunch to beat the heat as it soothes the digestive system. Farmers mostly eat Pakhala as it replenishes the salt and water lost by the body after toiling in the sun for long hours.

Apart from Odisha, this dish is quite popular in West Bengal, Jharkhand and Assam.

Telangana: Insurance scheme for weavers comes into force in the state on National…

Hyderabad: CM KCR wishes to people of Telangana state on the festival of Ashadha…

Telangana Floods: Immediate measures to prevent outbreak of infections due to…

If you're looking for a fun and exciting new casino destination, look no further than Pin Up Casino India! Our online casino https://pinupcasino-india.in offers players a wide range of games to choose from, as well as some great bonus offers. We know that Indian players are looking for the best online gaming experience, and we are committed to providing just that! So come join us at Pin Up Casino India today and see what all the fuss is about!